On Thursday 24th November, over 80 rail professionals converged on the Mercure Danum Hotel in Doncaster for one of the industry’s only free networking events.

RIN (Rail Infrastructure Networking) is a quarterly networking opportunity, organised by Jobson James Rail – an insurance broker which offers specialist bespoke solutions for companies and individuals working in rail. It was created for the benefit of the industry, allowing professionals from organisations across the country to meet and discuss ideas and new business opportunities. Accordingly, RIN is a not-for-profit initiative. Each event takes place in a different city, selected for its significance within the rail network.

What marks it out as something distinctly different is that it is free of charge and free from the kind of sales pitches usually associated with such events. One of the unique parts of the event is the speed networking feature, which allows participants to talk with one another one at a time, making sure that no opportunity is missed.

Doncaster was selected as the host city for the second RIN event as it is a major passenger interchange between the East Coast Main Line and Cross Country Route and local services running across the north of England. The impressive Edwardian setting of the Mercure Danum Hotel proved to be hugely popular amongst those attending, being just ten minutes’ walk from Doncaster Station. 15 organisations showcased their services or products on exhibition stands, for a fee of just £50

RIN is the brainchild of Keven Parker, Director of Jobson James Rail. Keven has around 25 years’ experience as a broker, is a lifelong rail enthusiast and believes networking events are vital in what is, after all, a people industry.

“RIN offers unlimited potential for rail professionals, who can get together and discuss what they are currently doing and would like to do in the future, creating business opportunities together.
“I am delighted with the number of people who joined us in Doncaster, and the enthusiasm with which they embraced the opportunity. I’m sure some useful contacts and business opportunities were made during the course of the morning.

“Clearly RIN is already growing in stature from the first event, which took place in Birmingham. We are already looking forward to the next event in London, which is likely to be in the Kings Cross area. Watch this space for more details.” 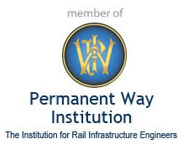 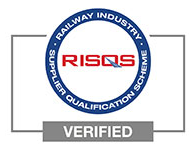 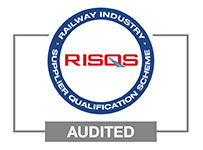